Sept-Îles, November 13, 2020 – On November 15, 130 children and adolescents from member families of the Office municipal d’Habitation de Sept-Îles (OMHSI) will celebrate Christmas early since Santa Claus and his elves will visit them to hand out brand new winter clothing.

The activity, in preparation for several months, had to be modified to adapt to the health measures now in force. “We initially planned to organize a party to give out the boots, winter mittens and small presents. Since it is now impossible, unfortunately, to gather, we decided to distribute the presents directly to the families’ homes. We have collaborated with Santé publique Côte-Nord to ensure the safety of the distribution process,” said Guy Berthe, President of the OMHSI.

The project has been made possible by the considerable generosity of the SFP Pointe-Noire and the Port of Sept-Îles. The two organizations have contributed financially to the purchase of winter clothing and presents.

“The SFP Pointe-Noire quickly became convinced of the importance and relevance of this new initiative launched by the OMHSI. As a local enterprise, we are proud to be able to offer comfortable, safe winter clothing to the children in our community,” Frédérick Jolicoeur-Tétreault, a communications advisor with the SFP Pointe-Noire, noted.

“Our commitment is unwavering to support numerous needs in the community. The Port of Sept-Îles is pleased, as the holiday season draws near, to participate in this brilliant initiative of the OMHSI to keep the future generation warm,” a Port of Sept-Îles representative said.

The OMHSI would also like to thank the SFP Pointe-Noire, the Port of Sept-Îles, the Au Petit Chaperon Rouge boutique, Sports Experts, the Envol Maison de la Famille, and all the volunteers for their donations and time that will warm the hearts of local children.

Who are we?
Infrastructure
Services
Business opportunities
Community
COVID-19 Vacination
Contact us 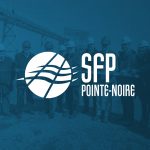